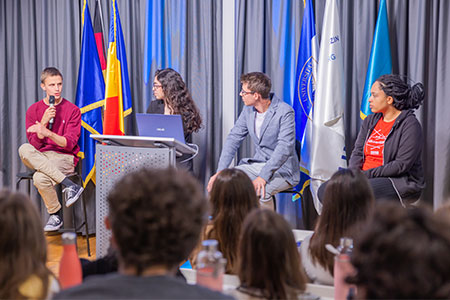 On October 11, 2022, a DKMS panel discussion was held at the UMFST-UMCH Campus in Hamburg, in which a student affected by blood cancer and an actual donor, whose aid has already saved a life, were among the participants.

UMFST-UMCH student Moritz Graf, who was already confronted with the diagnosis of “blood cancer” twice in his younger years and treated accordingly, told the numerous attendees about his course of illness and recovery without reservations. Through his factual yet emotional descriptions, the aspiring physician, whose own father served as his donor, succeeded in making a lasting impression on the audience. To illustrate this, he showed numerous pictures that he has taken over the years to document his personal experience. Together with Baraneh Salamat and Ivan Bergo, who also study at the campus in Hamburg and served as moderators for the evening, an open and honest dialogue ensued. Moritz not only reported on how the disease changed his life, but also on how he overcame it and has since been able to change his life for the better. He is now in his third semester at UMFST-UMCH.

In addition, Sydney Anyanwu, who works as an ambassador for the DKMS (German Bone Marrow Donor File), reported from the perspective of a donor. She emphasized again and again that in the case of a donation one has no significant disadvantages or bears notable risks and thus took away the fear of it from those present. In her own case, her willingness to register as a donor saved the life of a young child between the age of 0 and 5. She also illustrated her personal donation story with the help of private photographs. Through people like Sydney and the work of the DKMS, which has been in existence since 1991 and has already succeeded in saving more than 100,000 lives thanks to more than 11,000,000 registered donors, there is a legitimate hope for those affected to beat blood cancer and start a new life.

In the course of the event, the audience repeatedly asked questions and added information – for example from a student who is also suffering from leukemia.

Events such as the panel discussion at the Hamburg Campus provide invaluable educational work by drawing attention to the important topic of stem cell donation. In addition, they lead to more people registering for possible donation. At UMFST-UMCH, we are now counting on our students’ sense of responsibility, which they have already demonstrated numerous times in the past – for example, during blood donation or charity campaigns. They have time until October 19, 2022 to drop the registration kits provided by DKMS into a special collection box at the help desk. 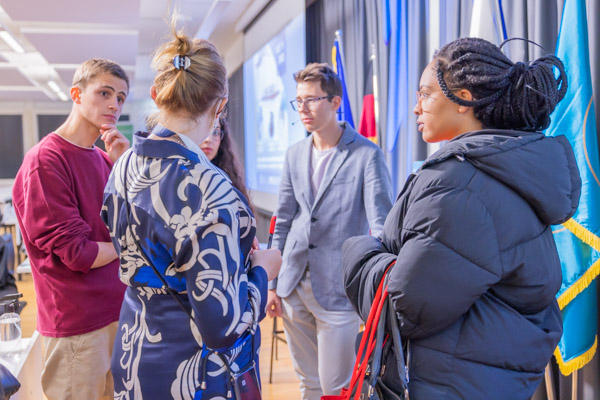 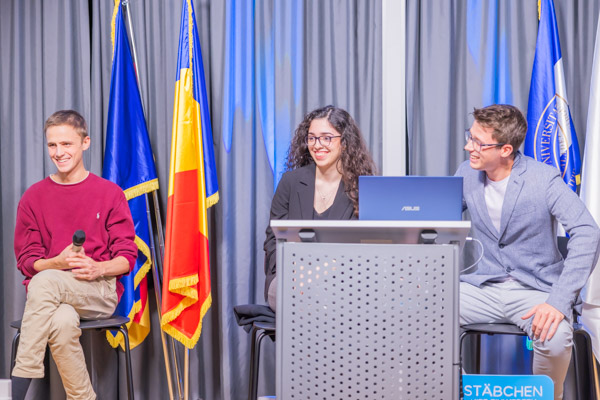 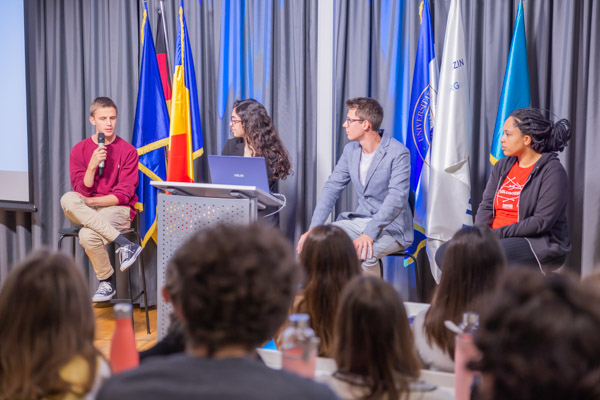 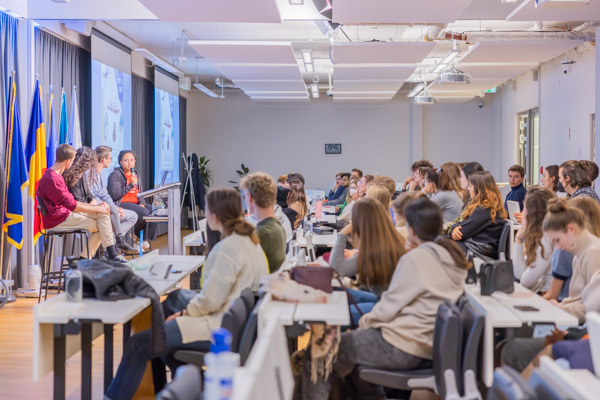 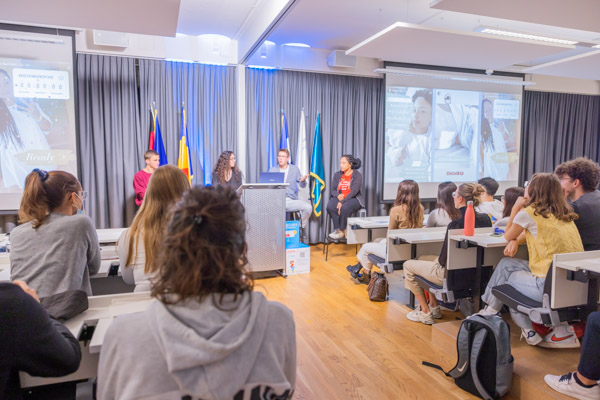 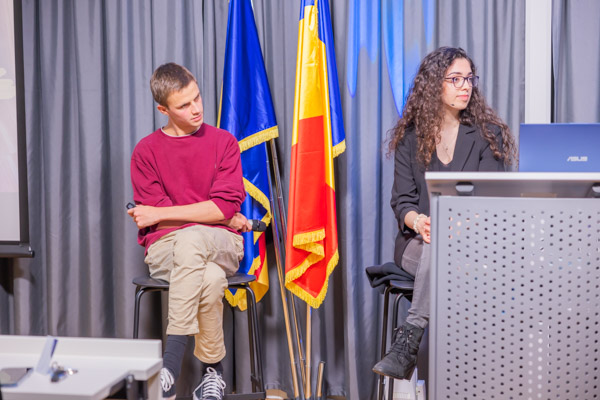 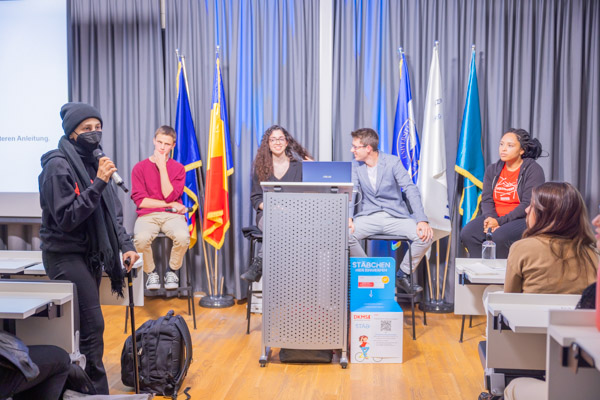 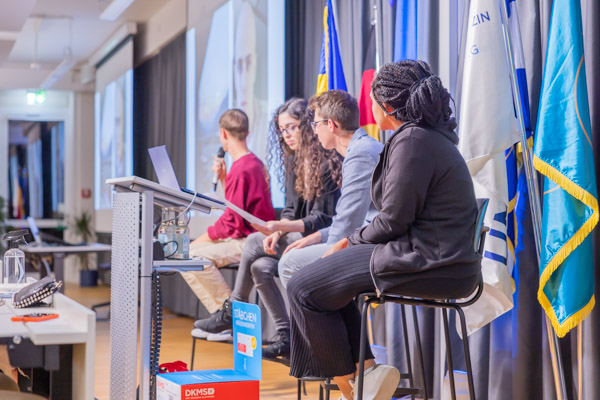 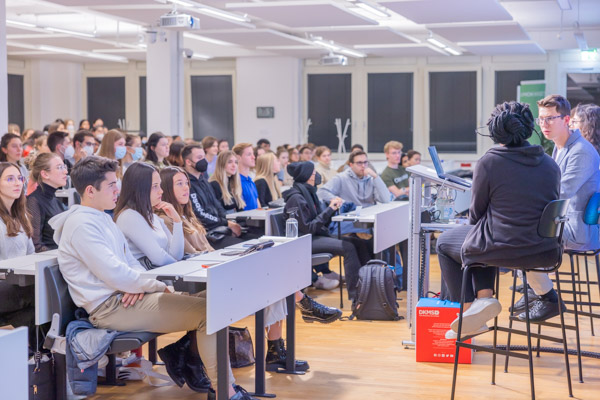 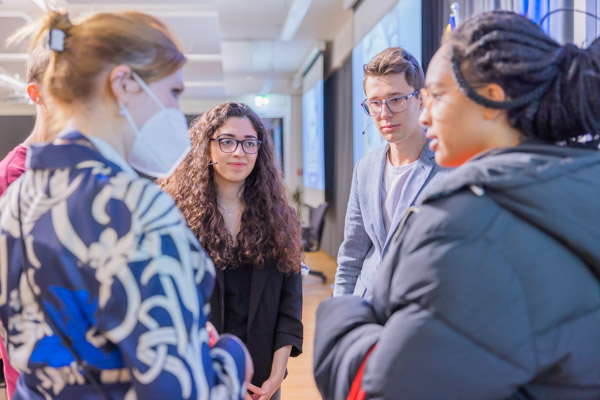 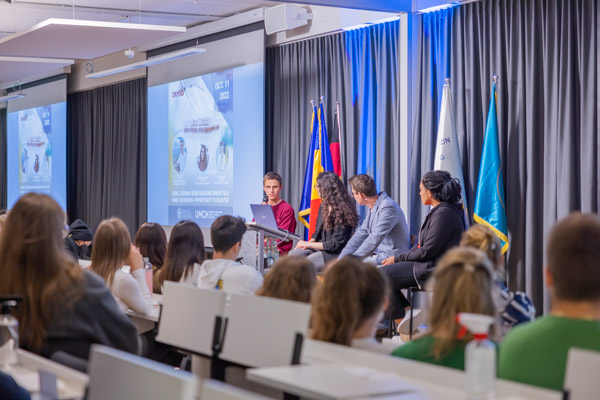 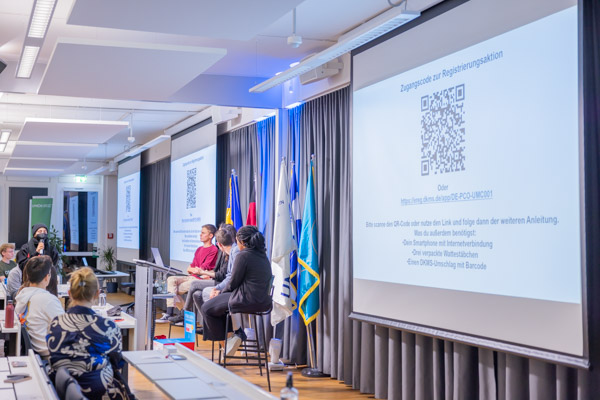 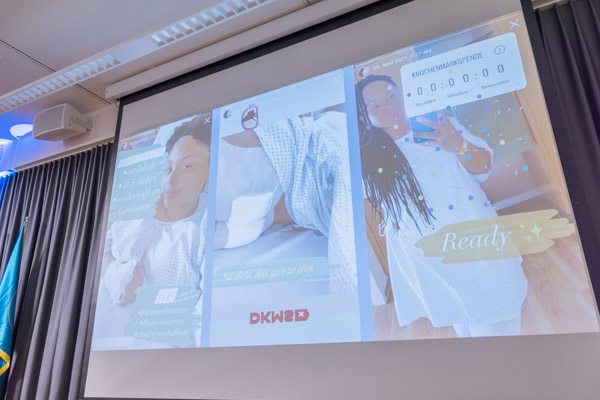 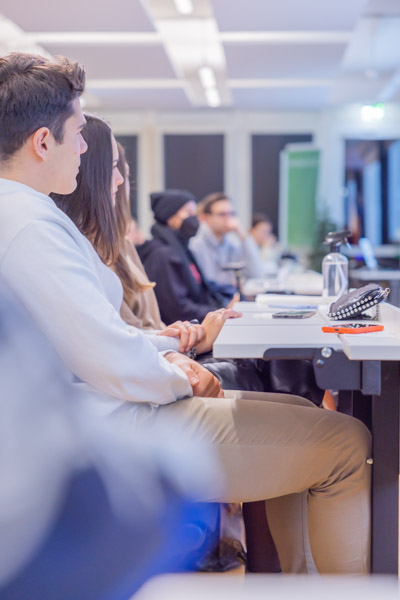 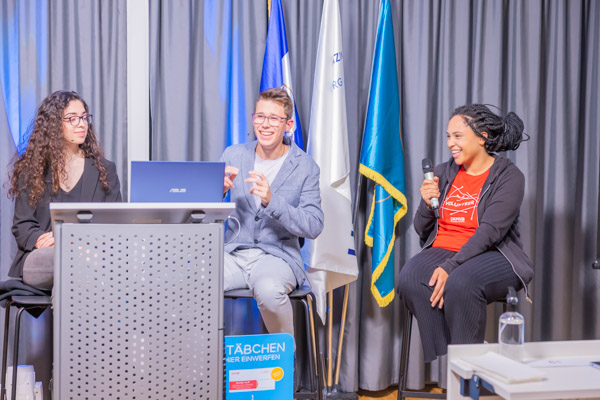 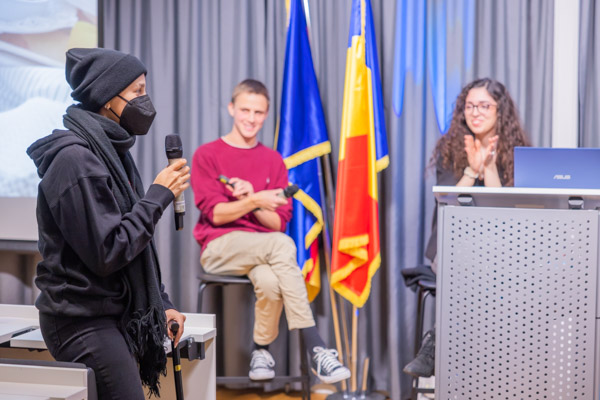 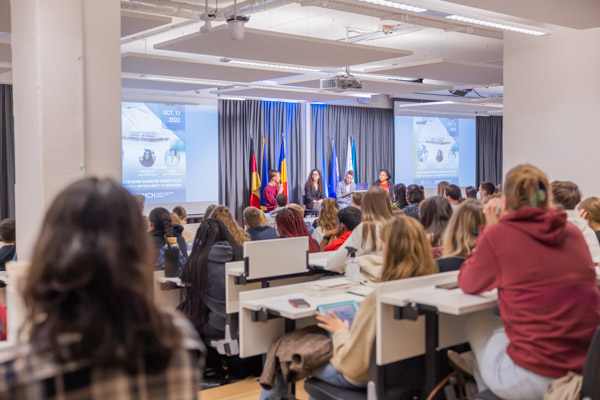 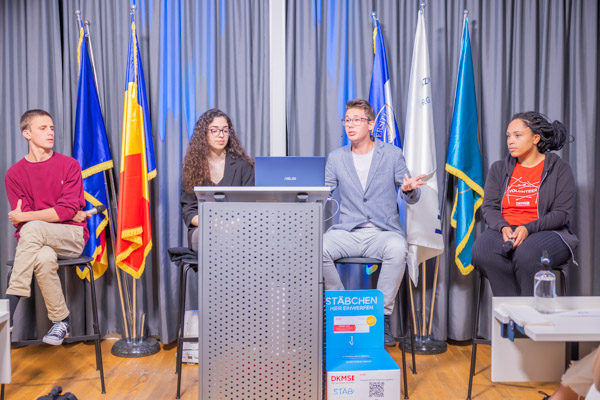 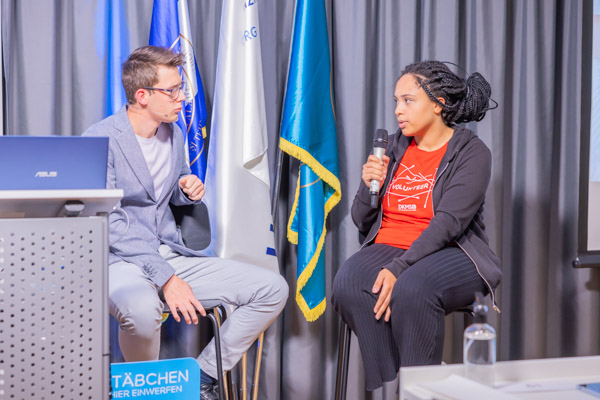 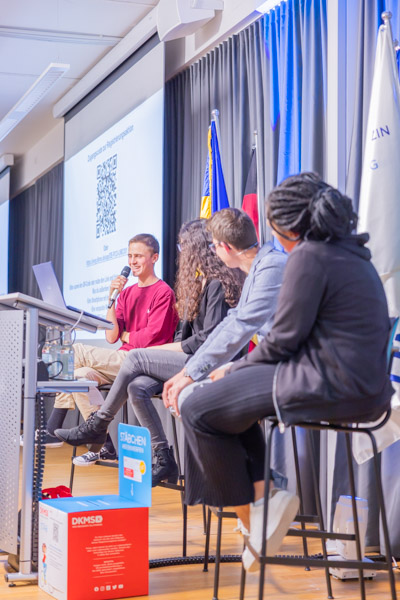 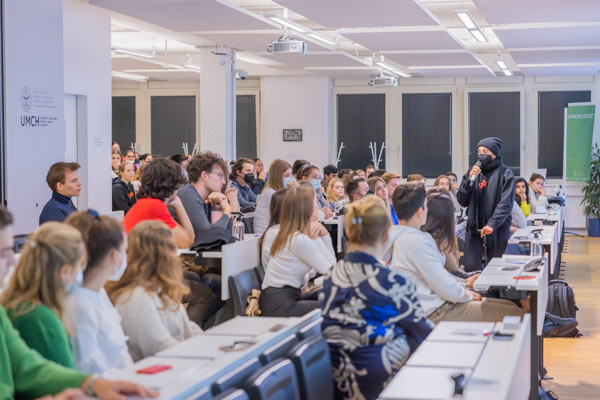 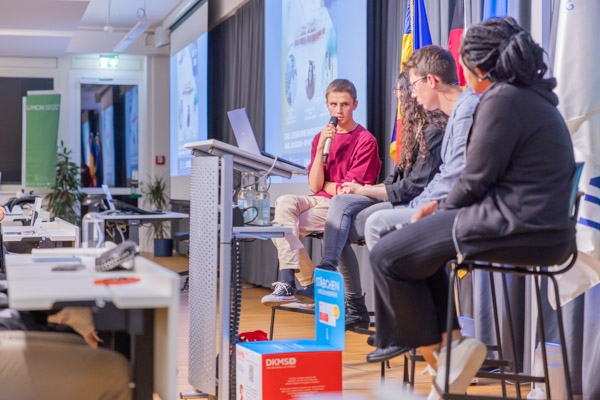 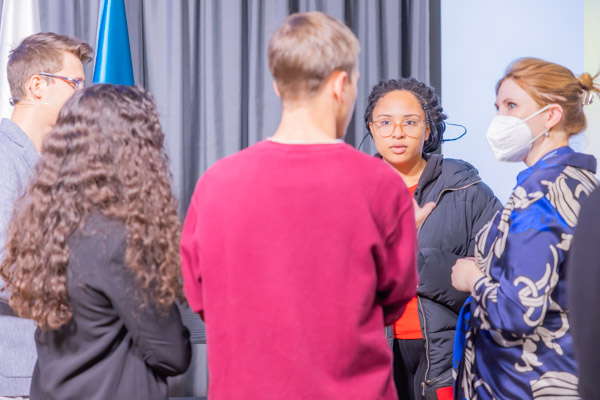 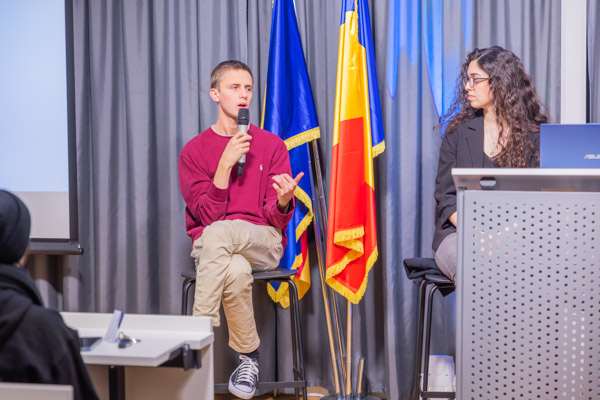 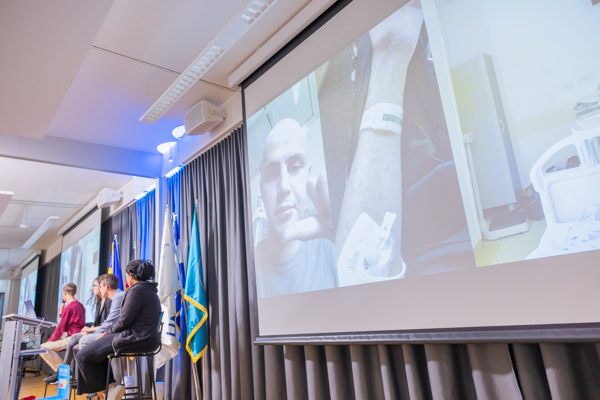 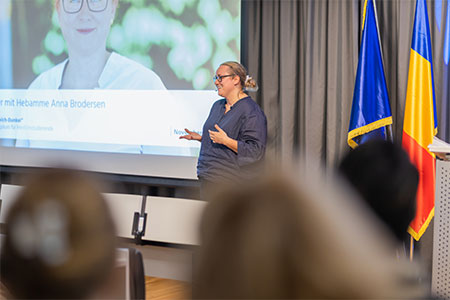 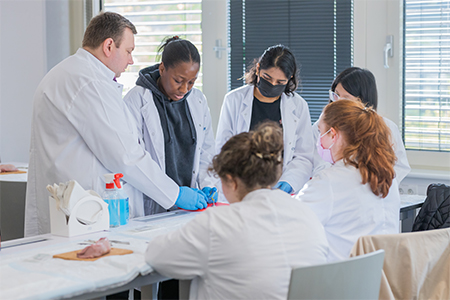 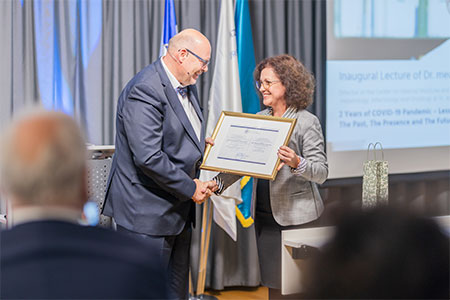